360F is a robust Fintech startup focused on empowering data-driven and scalable advisory in life insurance and wealth management with intelligent automation and scientific engagement.

I have started this project by breaking down an already written script. Once we all agreed on the script and discussed possible scene arrangements – it was a good time to record a Voiceover. I have called our colleague voice artist Aaron Alto with whom we have been working several times ago. After a few days, I got back with the sketch storyboard & animatic to present the flow of the entire video. To underline the personal approach of the product with a high-tech backend, I decide to combine character base scenery with infographic design. 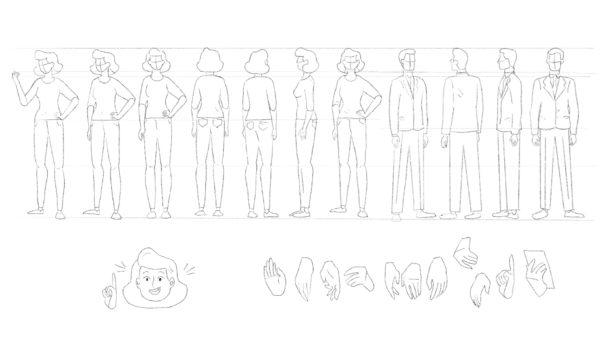 After client approval, it was a moment to draw some stuff. I teamed up with extremely talented Asia Dudoń, who helped me establish a unique modern looking illustration for this animation. Guess what, the output was astonishing and we were super pumped with the result. 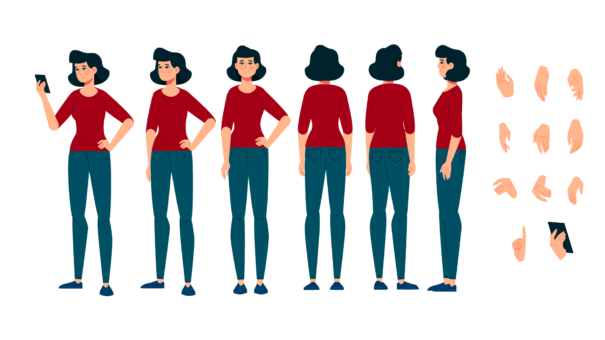 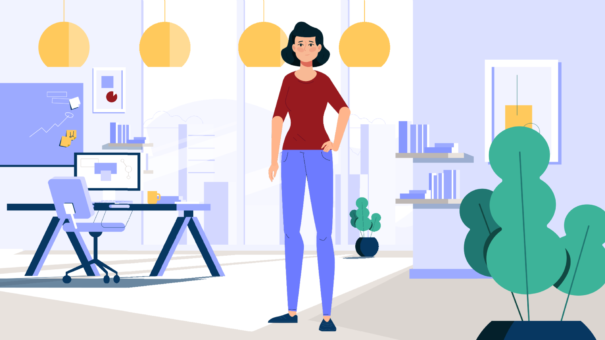 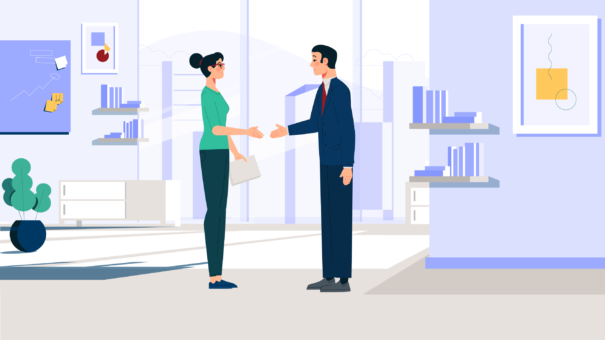 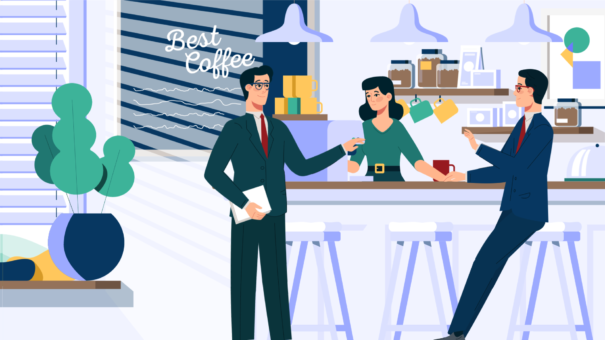 Once we had all scenes illustrated and characters designed in all possible poses it was a time to bring the magic on a table. I started the animation stage by building character rigs. The video itself consists of 8 unique characters with 2 leading ones. As always I bet on a proven solution with character rigging stuff such as Limber tool for bones structure & Joistic n’ Sliders for head expressions. Most of the character scenes were static, which means they didn’t move that much. This is why I decided to not rig legs at all. Instead, I used the old-school path animation.
The rest of the elements, as well as scene transitions, were animated in Adobe After Effects too. I knew that the audience of this video would be mid-age with a financial background so I needed to make sure that the animation will not be too cartoonish, this is why dynamic and smooth movements were key in this production.

After the animation, the sound part comes in. I have pick flowing and pulsings soundtrack from Premiumbeat written by Yan Perchuk to create a corporate and positive mood. In addition, I have added a couple of sound effects to highlight the characteristics of individual elements from the video.